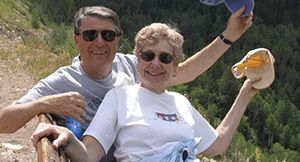 The John Gunzler Scholarship is named in honor of Mr. John Gunzler, father to FlexSchool Co-Founder, Nicole Oringer. John was born in Budapest, Hungary in 1935, and was a Holocaust survivor who came to the United States in 1951 and, along with his wife Marianne, spent his remaining years focused on cultivating personal passions and a generosity of life. Noted for his leadership, mentorship, philanthropy, and equal love of arts, athletics, and the outdoors, John’s story can be found in the memoir entitled, Happily Ever After: A Journey of Survival. John passed away in 2017.

This Scholarship is given annually to one incoming Berkeley Heights high school student who exhibits strong leadership potential, joy in life, focused passions, and is seen as a role model to other students. It will subsidize half of the student’s tuition for the remainder of his/her/their enrollment at FlexSchool Berkeley Heights. The Scholarship is open to incoming high school students, but priority is given to needs based families.
Interested students should contact the school admissions office to receive an application form. Once we have your scholarship application information, it will be shared with the Head of School at Berkeley Heights and reviewed along with your FlexSchool application essay.  We will also schedule a follow up conversation with you to talk about your list. The meeting will be with at least two members of FlexSchool, one whom you have already met.