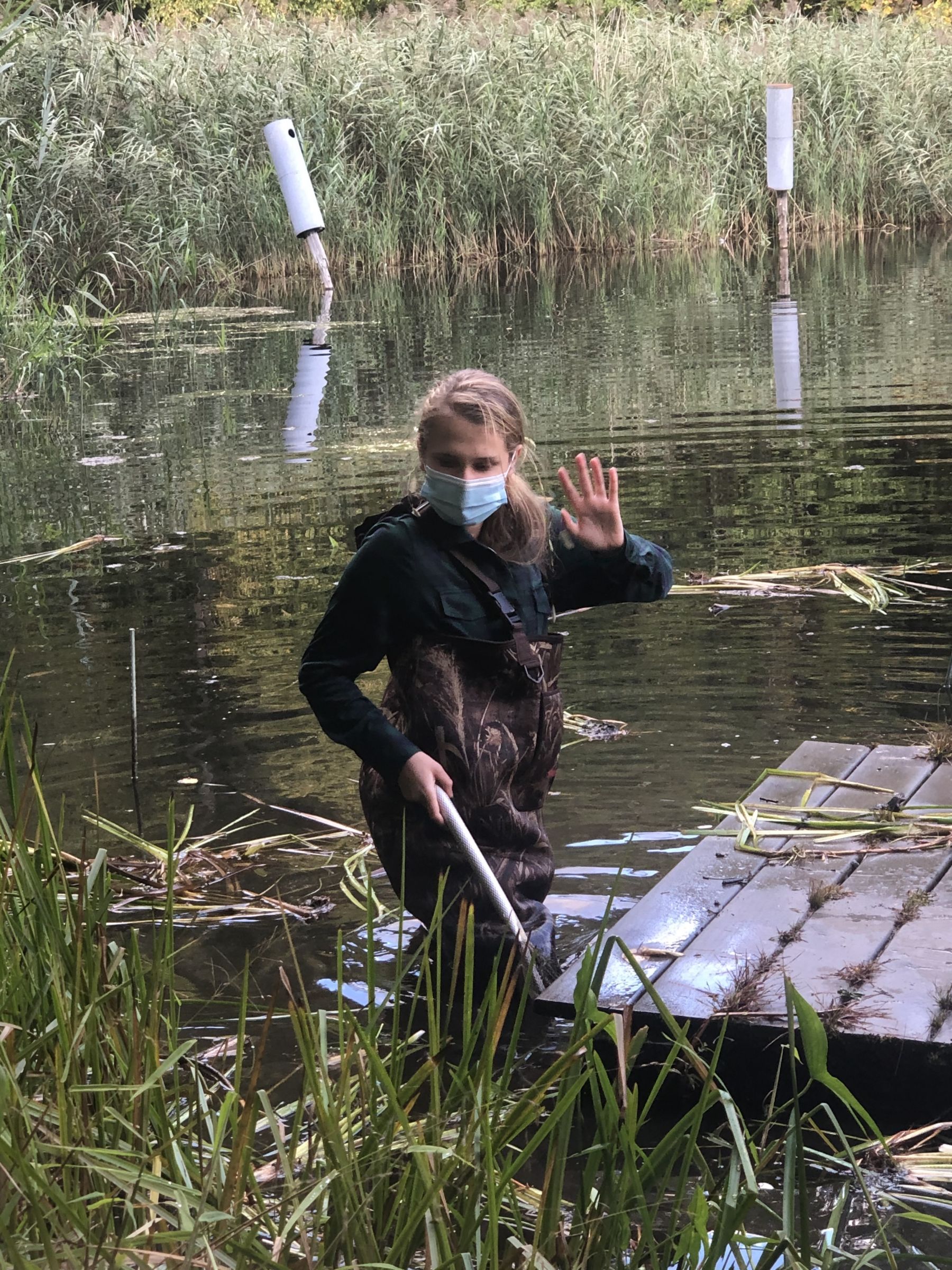 Being cute is not in a turtle’s best interest! FlexSchool students learned this and other fascinating facts during a hands-on, outdoor exploration of native and invasive species at Westmoreland Sanctuary -- and for the first time, we live-streamed our whole adventure, allowing students to attend virtually and interact with us in real time.
First our guide introduced us to some of the sanctuary’s resident critters. He explained how cute turtles, such as box turtles, have a greater risk of being captured by humans as pets -- and later released into the wrong environment.
Then we hiked down to the edge of the turtle pond and used nets to scoop up some slippery specimens for a closer look.
A few daring students even took it a step further, donning chest waders and braving the chilly pond! Among the creatures we caught (and released, of course!) were tadpoles, crayfish, frogs, snails and even a great big bass!
Back